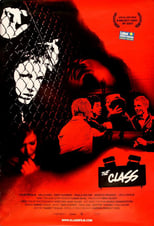 Release: Mar. 16th, 2007
Runtime: 1 hour, 39 minutes
An average guy of an Estonian high-school decides to defend his bullied classmate. This starts war between him and the informal leader of the class. As teenagers' honour is a touchy thing, everything ends in bloodshed.