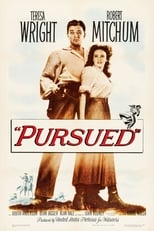 Release: Mar. 2nd, 1947
Runtime: 1 hour, 41 minutes
A boy haunted by nightmares about the night his entire family was murdered is brought up by a neighboring family in the 1880s. He falls for his lovely adoptive sister but his nasty adoptive brother and mysterious uncle want him dead.