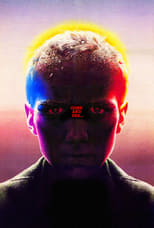 Release: Jul. 1st, 1985
Runtime: 2 hours, 22 minutes
The invasion of a village in Byelorussia by German forces sends young Florya into the forest to join the weary Resistance fighters, against his family's wishes. There he meets a girl, Glasha, who accompanies him back to his village. On returning home, Florya finds his family and fellow peasants massacred. His continued survival amidst the brutal debris of war becomes increasingly nightmarish, a battle between despair and hope.

Citizen Rules But what sank this film is the final act, when German soldiers surround a small country village, rounding up the people into a wooden barn, then with as much joy and demonic pleasure as the film makers can show, burn the people alive.
READ REVIEW

KeyserCorleone That's why I checked out this obscure but classic Russian movie called Come and See, the final film directed by Elem Klimov before he got bored with cinema.
READ REVIEW