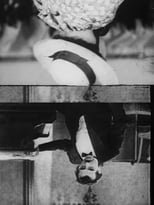 Release: Nov. 13th, 1938
Runtime: 9 minutes
A montage of elephants, children, Native Americans, logging, a barnstormer, a blimp, people on and in the water, and a man who sings like a bird.

5 Runaway Jury
Kong had the oppurtunity to see Runaway Jury tonight thanks to the fact that Gary Fleder, its director, is from Kong's hometown. The film was actually pretty entertaining despite using quite a bit of ...
7 Jury Movie Similar To Twelve Angry Men
This movie is very similar to the movie "Twelve Angry Men" starring Henry Fonda only it's much more modern from the 80s to 90s period. In this movie, a woman is on trial for murder and th...