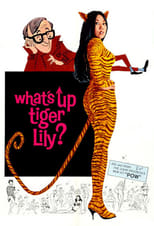 0 Lily Collins
I know her just a week ago. And last week, she went to Chanel show. Her dress was so beautiful. Now,I want to see her movie Love, Rosie and Mirror Mirror....