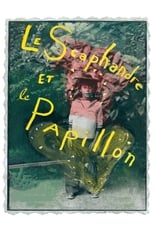 Release: May 23rd, 2007
Runtime: 1 hour, 52 minutes
The true story of Elle France editor Jean-Dominique Bauby, who, in 1995 at the age of 43, suffered a stroke that paralyzed his entire body, except his left eye. Using that eye to blink out his memoir, Bauby eloquently described the aspects of his interior world, from the psychological torment of being trapped inside his body to his imagined stories from lands he'd only visited in his mind.

We didn't find any linked discussions for this film. Here are the results of a quick search of possibly related threads:
4 Scenes with diving person escaping bullets/arrows underwater
Hello guys. I'm a danish filmmaker who makes short films out of clips from other movies. Right now I need some underwater scenes with a diving person escaping bullets or arrows shot from above. Yo...
3 Movie about the search for a bell
Hi. Does anyone remember an old movie (1950s/ 1960s era) where a group of a people go in such a particular bell? All I can remember is at the end they all wind up in an empty building with just a sing...
3 Does this movie ring a bell?
how about this one guys? its been buggen me for awhile now. i was8 or 9 so its from 1974-80 probably (i saw it on TV ) i thought it starred Billy Dee Williams, but checked his resume noithen fits. ...
2 Fresh prince of bell air episode
There’s a fresh prince episode where will Raps “ he goes like “ My name is will , will , and I’m the man, man , ask me about my plan , plan Anyone has any ideas which episode?...
9 The Butterfly Effect
Here is the trailer ....ENJOY!! ...

mark f The techniques developed by Schnabel, scripter Ronald Harwood and cinematographer Janusz Kaminski to tell this story almost seem to be as significant as those of Jean Do since the film was shot on the actual locations he lived in France after his stroke and the entire film is also all done in French.
READ REVIEW

Holden Pike Pretty incredible stuff, and the screenplay adapted by Ron Harwood (The Pianist) and direction of painter turned filmmaker Julian Schnabel (Before Night Falls, Basquiat) are able to use many of Bauby's own elegant thoughts and words directly from the manuscript, but also flesh out the larger story o....
READ REVIEW