Atlas Shrugged: Who Is John Galt? 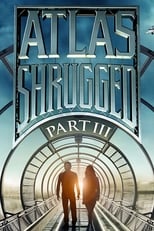 Release: Sep. 12th, 2014
Runtime: 1 hour, 39 minutes
Approaching collapse, the nation's economy is quickly eroding. As crime and fear take over the countryside, the government continues to exert its brutal force against the nation's most productive who are mysteriously vanishing - leaving behind a wake of despair. One man has the answer. One woman stands in his way. Some will stop at nothing to control him. Others will stop at nothing to save him. He swore by his life. They swore to find him.

36 Atlas Shrugged Part 1
I'm excited. Atlas Shrugged is one of my 10 favorite novels. I hope it turns out good. Now if they would only do Ender's Game. ...
4 Cloud Atlas
What do you guys think of this trailer? I've read the book and it's a pretty good sci-fi adventure. Just from the trailer they are deviating a little from the content but it looks mighty impressiv...
28 Cloud Atlas
Directed by The Wachowskis, (co-director) Tom Tykwer Based on Cloud Atlas by David Mitchell Starring Tom Hanks, Halle Berry, Jim Broadbent, Hugo Weaving From Wiki: &q...
15 Cloud Atlas
Cloud Atlas (The Wachowski Siblings, Tom Tykwer) The Best Picture To Not Win Best Picture This Year How does one describe Cloud Atlas? Indescribable is a good place to start. Here we have th...
21 Is Cloud Atlas Good?
Its a long movie, so before I invest my time, will I enjoy it? I like good time travel fantasy - and Tom Hanks rarely hits a bum note. I'm thinking its a no brainer. Yay, or nay - what do you who ...