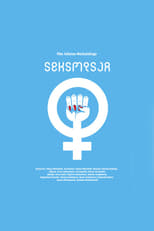 Release: May 13th, 1984
Runtime: 1 hour, 57 minutes
Two scientists are chosen as guinea pigs for a time experiment: they are placed in hibernation and should be brought back to life after three years. In the meantime, however, World War III breaks out and life has been wiped off the surface of Earth. When they wake up, it turns out that not only 50 years have passed but also that they are the only living specimens of the male sex in a new, underground society composed exclusively of women.

Tramuzgan So, while there was something to be said about The Saragossa Manuscripts, the film we'll be taking a look at is Sexmission - the spicy mix of sci-fi, erotica, social satire, post-apo, action-adventure, and good old-fashioned peepee humour.
READ REVIEW