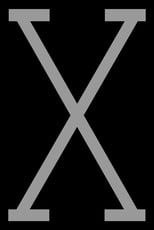 Release: Nov. 18th, 1992
Runtime: 3 hours, 22 minutes
A tribute to the controversial black activist and leader of the struggle for black liberation. He hit bottom during his imprisonment in the '50s, he became a Black Muslim and then a leader in the Nation of Islam. His assassination in 1965 left a legacy of self-determination and racial pride.

2 A movie from the 60s/70s with Malcolm McDowell or a lookalike
Please help me with the title of this weird one. The lead character seems to lead different lives in each scene. In one scene, he is travelling in a van with a rock band. In another, he is entering ...

Osiris Spike Lee's Malcolm X (Denzel Washington), on the other hand, is a more thorough examination of Malcolm's life contemplating just what kind of man Malcolm is and what kind of man he seeks to be, chronicling his years as a troubled kid growing up in Boston, his time in prison after a series of robber....
READ REVIEW