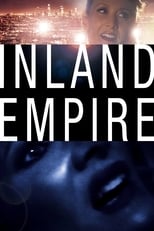 Release: Sep. 6th, 2006
Runtime: 2 hours, 52 minutes
An actress's perception of reality becomes increasingly distorted as she finds herself falling for her co-star in a remake of an unfinished Polish production that was supposedly cursed.

8 So I just saw 'Inland Empire' and...
HOLY F**KING SH*T THAT WAS GOOD! RATING: ...
4 Inland Empire
A new David Lyunch movie, I can't wait. Oh and speaking of Lynch, how many of you think this is him; I have my doubts....
0 What do you think Inland Empire meant?
NOTE: This thread will contain spoilers. I think it was about the evolution of a woman from a newbie in Hollywood to a member of the sad truth that Hollywood can be a hellhole. Laura Fern slowly...
42 Inland Empire and the purpose of a film
So after watching Inland Empire, I have been thinking about the film a lot. It is an extremely polarizing film that people seem to either absolutely despise, or love it. So my question is, althoug...
73 INLAND EMPIRE (Lynch, 2006)
Anyone excited about this? I just saw it's plot outline on IMDb and I am all of a sudden very interested ...

Pyro Tramp To make it worse, the main character is actually characterS, all played by Laura Dern, giving no indication to when we're witnessing a different character or even if they actually are different or just characters she playing.
READ REVIEW

thracian dawg And the ending, in addition to finishing up the film in a wonderfully boisterous and rousing fashion, this suggests yet another lynchian idea: that of a version of the Hollywood actors old folks home where tragic movie heroines, after all their celluloid suffering, attain a kind of grace and come to....
READ REVIEW

Iroquois Given how much his other films invoke dreamlike states to inspire both wonder and fear, it's not surprisingly that eventually Lynch would just throw caution to the wind and create a film that maintained that same uncertain vibe for a full feature film.
READ REVIEW
View All (4)