Urusei Yatsura: Only You 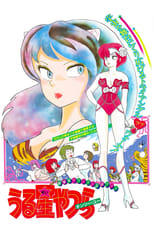 Release: Feb. 11th, 1983
Runtime: 1 hour, 41 minutes
Six-year-old Ataru steps on Elle's shadow during an impromptu game of shadow-tag; in Elle's culture, this is viewed as a marriage proposal. Eleven years later, Elle returns to Earth in order to marry Ataru — by which time not only had he forgotten the events of his childhood, but he was also going out with Lum. The rest of the plot focuses on Lum's attempts to prevent the marriage. The film was directed by Mamoru Oshii who was mad at the many...