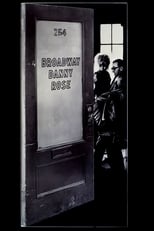 We didn't find any linked discussions for this film. Here are the results of a quick search of possibly related threads:
1 Broadway Legend Hal Prince Dies at 91
Harold Prince Dies: Broadway Legend Who Produced Original ‘West Side Story’, ‘Fiddler’, ‘Phantom’ & More Was 91 Harold Prince, the Broadway icon who produced and/or directed some of the ...
5 Rose Marie RIP
Best known as Sally Rogers on The Dick Van Dyke Show, though her career went all the way back to Vaudeville as a child, the comedy legend passed away yesterday at 94. They're dropping like flies....
9 Rose McGowan is Pro-IRA?
so in other news. Rose McGowan apparently angers producers over her PRO-IRA comment... thoughts? reaction? does anyone even care?...
0 The Name of The Rose series adaptation
"John Turturro will play William of Baskerville, the 14th century Franciscan monk who investigates a series of grisly murders in the high-end TV adaptation of Umberto Eco’s bestseller The N...
3 'The Exorcism of Emily Rose'
In an extremely rare decision, the Catholic Church officially recognized the demonic possession of a 19 year-old college freshman. Told in terrifying flashbacks, "The Exorcism of Emily Rose&q...

Cobpyth The hilarious dialogue gives the film a lighter mood, but during some more serious, yet still funny, conversations between Tina and Danny, the two main characters really start to open up to eachother (and to the viewer) and talk about their visions of life, the feeling of guilt and the fact that all....
READ REVIEW