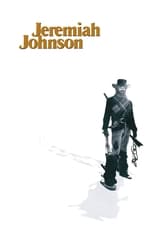 Release: Sep. 10th, 1972
Runtime: 1 hour, 48 minutes
A mountain man who wishes to live the life of a hermit becomes the unwilling object of a long vendetta by Indians when he proves to be the match of their warriors in one-to-one combat on the early frontier.

John-Connor 'The role of Jeremiah Johnson was originally intended for Lee Marvin and then Clint Eastwood, with Sam Peckinpah to direct.
READ REVIEW

JayDee Plot Based partly on the adventures of real-life trapper John 'Liver-Eating' Johnston, this film tells the tale of Jeremiah Johnson, a man frustrated with life amongst humanity and the wars they rage, who heads west into the mountains.
READ REVIEW