The Court-Martial of Billy Mitchell 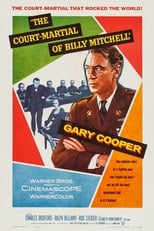 Release: Dec. 31st, 1955
Runtime: 1 hour, 40 minutes
A dramatization of the American general and his court martial for publically complaining about High Command's dismissal and neglect of the aerial fighting forces.