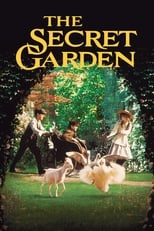 Release: Aug. 13th, 1993
Runtime: 1 hour, 42 minutes
A young British girl born and reared in India loses her neglectful parents in an earthquake. She is returned to England to live at her uncle's castle. Her uncle is very distant due to the loss of his wife ten years before. Neglected once again, she begins exploring the estate and discovers a garden that has been locked and neglected. Aided by one of the servants' boys, she begins restoring the garden, and eventually discovers some other secrets...

We didn't find any linked discussions for this film. Here are the results of a quick search of possibly related threads:
7 Garden State
i have a feeling that this movie is goin to be pretty decent it looks original and the picture is great ...
35 Garden State
my apologies if there is a thread already started about this film, but i did take the time to look...and unless im really stupid i couldnt find one...but i enjoyed this movie so much i felt the need t...
2 Garden State on 12/28
Oh yes i finally get to bring home the brilliance that is Zach Braff. DVD isn's super packed with bonus features but what do you expect from a small indie film anyways. The disc will be in widescr...
0 Garden State
Garden State (2004) - Zach Braff I am anticipating this independent film created by the lead actor on the popular television show "Scrubs". Including starring in "Garden State"...
2 Garden State
Garden State This film is Written and Directed by "Scrubs" star Zach Braff. He also stars in the film, along with Natalie Portman and Ian Holm. This is the Plot Outline from IMDB.c...