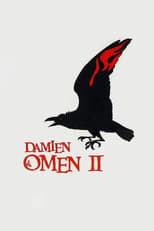 Release: Jun. 9th, 1978
Runtime: 1 hour, 47 minutes
Since the sudden and highly suspicious death of his parents, 12-year-old Damien has been in the charge of his wealthy aunt and uncle. Widely feared to be the Antichrist, Damien relentlessly plots to seize control of his uncle's business empire—and the world. Anyone attempting to unravel the secrets of Damien's sinister past or fiendish future meets with a swift and cruel demise.

We didn't find any linked discussions for this film. Here are the results of a quick search of possibly related threads:
23 Damien Chazelle
Sickeningly talented with the world his oyster. Discuss....
4 Damien Chazelle discussion
I just saw his latest film, First Man, and I want to voice my thoughts about Chazelle, his style, his films, where he will go from here, and so on. If you don't know who he is... He's the dire...
1 Babylon (Damien Chazelle, 2023)
The latest film from the director of Whiplash and La La Land seems to be riding off of the wave of Once Upon a Time in Hollywood and Mank. Originally Posted by The Hollyw...
30 The Omen (Remake)
The Omen. Its a remake of the original (which I have not seen), starring Julia Stiles (interesting. . .), and how cleverly they scheduled its release date as 6/6/06 How do remakes usually fair? I'm ...
8 Are they planning to do The Omen 2?
Ok. So 7 years have passed since the remake of The Omen and they have not made the second part. IMO it is one of the best remakes they have done....