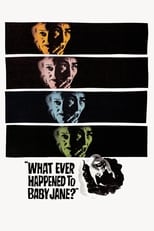 We didn't find any linked discussions for this film. Here are the results of a quick search of possibly related threads:
1 'Baby Mama' having a baby
that's right guys and dolls Amy Poehler is pregnant from fellow comedian and Blades of Glory star Will Arnett full story: Los Angeles (E! Online) - We never would have pegged Amy ...
7 GI Jane
I've seen so many movies - so many that I have a really hard time finding decent movies that I haven't seen. For whatever reason I missed GI Jane when it came out in '97. Probably because it didn't...
0 Jane Got A Gun
'Jane Got A Gun' was one of the films that looked to be stuck in developmental hell when it was first reported to be made into a feature length film based on screenwriter Brian Duffield's screenplay. ...

Iroquois Crawford still has a fair bit to work with as the saner of the two who is still troubled by her clearly toxic relationship with Jane and struggles to reach out to others in order to try to get Jane the help she needs.
READ REVIEW

NO RATING
Gideon58 This film is fascinating as we finally got to watch two legendary actresses, who had never worked together before and allegedly couldn't stand each other IRL, work together for the first time and legend has it that the ladies did not get along at all during filming, but if that's true, it only worke....
READ REVIEW